Working in the accounting field for over 25 years, Margo completed her Accounting Diploma in Regina Saskatchewan at Reliance Business College before embarking on her career. Over the years she has worked for small and large companies, for profit and non-profit businesses and has in most recent years added tax specializations to her continued learning and expertise. As a self-professed lifelong learner Margo has continued taking courses from many sources including in person, distance and online, she believes knowledge is empowering.


Margo has been a member since September 2010 and joined the Board of Directors a year later. She has held several positions beginning with Membership Director for two years, a year as Executive Vice President and now as President as well as serving on the National Board as Treasurer for 4 years. Margo has a strong sense of community and in addition to her PBA commitments she was also a long standing volunteer board member with Adults for Kids Society of Alberta.


“Life is too short” is the motto Margo lives by and with that philosophy she takes every opportunity to enjoy time with her children, grandchildren, extended family & many friends. Her other interests include watching football, travelling and appreciating the river valleys in and around Edmonton where she makes her home. 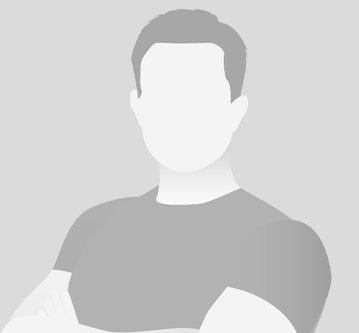 An accountant, management and finance expert par excellence, Bobby has been a vital part of the business industry for about two decades. Born and raised in a Southern Manitoba farming community, she later relocated to Slave Lake where she continues to work on several important business and accounting-related projects.


Bobby leads her own way. She is an exemplary businesswoman who inspires several others who wish to be just as knowledgeable and experienced as she is. With excellent business, management, leadership, and communication skills, she is now semi-retired and spends her time with her family and consulting for small businesses to grow in their industries.

Vincent Crosby is an accountant who works both in the public and private sector. Vincent is passionate about two things; management and accounting. Vincent’s first management role was at the age of 17 when he graduated from high school in Victoria, British Columbia as a shift manager in a fast food restaurant. In the span of twenty-six years Vincent has worked with local scout troops, army cadet corps, citizens on patrol, church groups, and other not-for-profit organizations. Since 2009 he has been the director over education with the Registered Public Accountant’s Association of Alberta (RPAA) now PBA Alberta, and in 2015 was appointed to be on the national board of directors as chair of education.

Other designations that Vincent holds are the Master Financial Advisor (MFA) from the Knowledge Bureau, and Professional Manager (P.Mgr.) from the Canadian Institute of Management. Vincent has earned multiple post secondary diplomas, and is currently working on his Masters in Business Administration. Vincent has been recognized over the years for his work with the RPAA with two president awards, the David Stewart award, and in 2015 being made a fellow. When asked what his greatest accomplishment is, he will tell you it is his beautiful family, which consist of his wife of ten years and his three children.

Vincent is excited to be part of the PBA Foundation and is looking forward to what the future has to offer.